In 1820, English author Charles Caleb Colton declared in his work Lacon: or Many Things in Few Words, “Imitation is the sincerest form of flattery.” George Bernard Shaw has been credited with taking that thought a step further by positing, “Imitation is not just the sincerest from of flattery—it’s the sincerest form of learning.” Whether or not these aphorisms are completely true, there is little question that, in today’s world, an idea with merit will quickly be imitated and incorporated into the products of many individuals and companies. Such is the case with Google’s algorithm update last month, aimed at rewarding mobile-friendly websites and essentially punishing those sites not optimized for mobile use. Last week, Microsoft announced that its flagship search engine, Bing, will be making similar changes to its search algorithm in the near future.

Over the last few months, much has been written in the tech community and in marketing circles about the impact that the change to Google’s search algorithm would have on the online world. The web giant was simply responding to current internet use trends which now show that in at least ten countries, including the United States and Japan, more Google searches are now being conducted on mobile devices than on desktop or laptop computers. As a result, Google sought to reward mobile-friendly sites with higher search rankings, while dropping non-mobile-friendly sites to a degree. The expectations for the change were so large that commentators and bloggers began using words like “mobilegeddon” to describe its possible effects.

Is Your Site Prepared for Google’s Update? 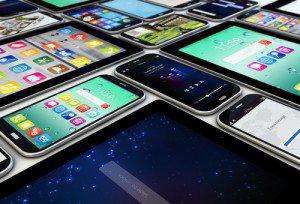 Ready or not, here it comes! Later this month, Google is expected to roll out a new system for ranking search results which will bring significant changes to the way in which websites may increase their visibility. The change creating the most buzz among marketing experts throughout the world can be summed up in a single word: mobile.

Optimize Your Website to Create a Better User Experience 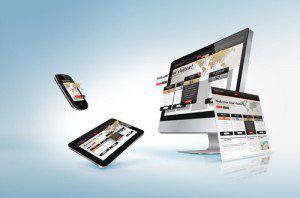 Have you ever been trying to find the website for a local business only to locate a page that looks like it was uploaded before Google launched in 1998?  Your reaction was probably similar to that of most other potential customers: confusion and a strong likelihood of taking their business elsewhere. Regardless of the quality of service or products offered by your firm, the modern digital landscape requires a strong, visible presence. Weak and outdated sites project to potential clients a lack of vision and forward thinking. Optimizing your site, on the other hand, can provide your prospective clients with a user experience that not only captures their attention online, but leads them directly to your office door.

Business owners need to keep in mind that website optimization is not a checklist of tasks to be completed once and tossed aside. It is a dynamic, ongoing process that must continually evolve to keep your site at the forefront of your industry. While there are certain ways to optimize a website for a specific target audience depending on a company’s primary focus, marketing experts generally agree on several main considerations for any successful business website.

Speed Up Your Site