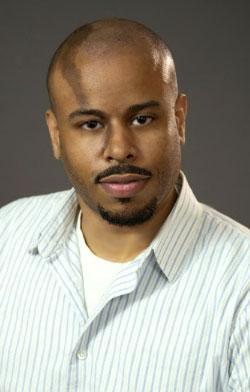 Napoleon Griffin brings 10 years of graphic design and technical experience to our team. At OVC, he designs and develops websites and also creates graphic design elements for client and company marketing materials, such as online/print ads and email campaigns. Napoleon first developed an interest in graphic design in 2006 while working for an independent record label. He has grown over the years as a designer, learning how to use a wide range of design software.

Over the last few years, Napoleon has particularly been focused on designing and developing websites. He started by creating smaller websites for acquaintances and eventually landed his first paying client. Napoleon was tasked to develop a website with advanced functionality and an ultra modern design, in which he was successful. He then ended up becoming a lead developer at the company that first hired him.

Since then, Napoleon has been designing highly functional and superior quality websites. He loves design and technology, and that drives his passion to create awe-inspiring and interesting graphic art.