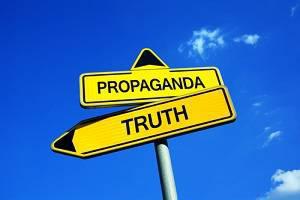 More than ever before, individuals around the world are turning to the internet as a source of news and information, particularly related to current events. In previous generations, interested people were forced to wait until the evening news broadcast or until the next morning’s newspaper was published to find out what was happening in the world. The rise of 24-hour news channels like CNN was helpful but still pales in comparison to the information currently available on the world wide web.

The problem, however, is that internet services like Facebook and Google often have trouble distinguishing between what is actually news and what is not. It is becoming increasingly common for false, misleading, and intentionally negative stories to spread just as quickly—and often more so—than fact-based news items.

Internet leaders like Facebook and Google have long claimed that they are not news organizations or publishers, but rather platforms for the open exchange of ideas and information. However, they are now faced with unenviable task of maintaining public trust due to harassment and propaganda being spread on their sites, especially leading up to and in the wake of a very divisive presidential election.

To help combat the problem, both companies announced this week that they would take steps to prevent sites who distribute fake news or problematic content from buying ads. While the companies would not go into details about how they intend to identify purveyors of fake news, they hope that by restricting advertisements, the reach of false and misleading articles or propaganda can be limited.

There has also been increasing concern among web companies about how quickly negative stories—including those that may be fact-based—can jump to the top of search result rankings. When a user executes a Google search, the search engine’s algorithm takes into account some 200 factors to rank the results, including keywords, updated content, and clicks from previous users searching for similar sites.

It is hardly surprising that internet users are attracted to salacious stories of scandal, including cheating and arrests—think supermarket tabloids. But, the problem seems to be that negative stories are jumping over more mundane, fact-based, and promotional content. Industry experts have begun putting pressure on internet companies to help control the issue, but, for now, it is up to reputation management professionals to mitigate the potential damage of such items.

Whether you are trying to get your firm noticed amidst the noise on social media or are dealing with negative content being disseminated about you, the team at OVC, INC. can offer solutions. Since 2008, we have been providing reliable, cutting-edge marketing services to law offices across the country. Our catalog now includes advanced social media strategies as well as effective professional reputation management services. To learn more, contact a member of our team by calling 630-635-8000 today.