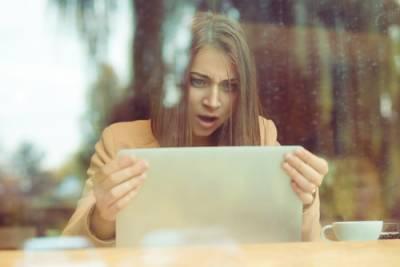 When you read a newspaper or a magazine, discussing what you have just read requires you to find another person who is interested in the topic covered by the particular article or op-ed. When you read an article or news piece on the internet, in most cases, there is an opportunity for discussion available right on the very page you are reading. The conversation usually centers around the topic in question, and you do not usually need to wonder about the interests of those participating in the discussion since they have clearly clicked the link to read the article as well. In some situations, however, certain comments and commenters may actually distract from the constructive dialogue, with some comments even including hate-filled invectives and accusations. To combat this problem, Google is launching a new technology to help web publishers manage their content and keep it safe from harmful comments and internet trolls.

The word “troll” has a variety of different meanings. As a noun, it may refer to creatures from Scandinavian folklore—recently featured in a popular animated film. As a verb, “troll” is also used by fishermen to describe the action of trailing a lure or baited hook behind a moving boat. The latter version of the word was adopted in the late 1980s to describe the actions of troublemakers on the internet—which was, for all intents and purposes, in its infancy—as they would make inflammatory comments trying to get others to “bite,” not unlike trolling for fish. Over time, internet trolls became even more of a problem, hiding behind keyboards while filling web forums and comment sections with angry rhetoric and appalling comparisons to some of the worst people in human history. To this day, it is nearly impossible to browse comment section on a major news story or blog without seeing at least one reference to Adolf Hitler or Nazi Germany.

Respected news outlets have been dealing with the issue of harmful comments for some time. Some, like Reuters, found it necessary to close the comment sections on its articles. Others, including The New York Times, have been looking for ways to maintain better control over user-posted content. Web publishers are obviously concerned that inflammatory comments ultimately degrade the experience for readers and push them away must faster than might otherwise be the case.

This week, Google announced that it was making a new tool available to web developers and publishers that will help them identify and take action against trolls and harmful comments. The software is called Perspective and was developed by a Google offshoot called Jigsaw. With Perspective deployed within a site’s coding, its algorithm is designed to detect a toxic or harmful comment, giving publishers the option to delete the comment or hide it behind a warning to readers. The software, as of now, will not remove comments or content on its own. According to reports, Perspective has been in testing mode for some time with publishers such as the Economist, The Guardian and The New York Times, which has allowed the software to “learn” what types of comments are toxic and which are likely to be part of a constructive discussion.

If your website hosts a blog or any other space for public discussion, you have probably encountered issues with trolls and abusive contributions. At OVC, INC., we understand the importance of protecting your site and maximizing the user experience for each and every visitor. To learn more about how we can help you with your website, contact our office. Call 630-635-8000 and speak to a member of our team today.