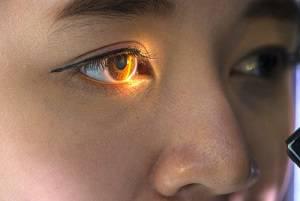 Over the years, Google Inc.—now under the umbrella of Alphabet, Inc.—has become famous for its complex, intricately balanced search engine algorithms designed to present users with the most helpful results to their search queries. But now, the company is putting the power of its problem-solving algorithms to use in other areas as well. One such application may even save your eyesight.

According to a study published in the Journal of the American Medicine Association, a team of Google researchers created an algorithm for a deep convolutional neural network—a computerized brain of sorts—to analyze microscopic images of human retinas. In the study, the algorithm was used to review nearly 130,000 retinal scans for signs of diabetic retinopathy (DR), a degenerative condition that can eventually lead to blindness. The results indicated that the algorithm was about as successful in identifying the condition as the board-certified ophthalmologists who also examined the images.

While much more testing and development are needed, the study offers hope that the power of Google’s algorithms can be put to use in expanding the availability of certain types of health screenings. The research team even indicated that when the technology is perfected, such models will easily fit on a mobile device like a smartphone or tablet.

Put Google to Work for You

Even as Google looks to create mobile diabetic diagnostic systems, it remains the global leader in web search technology. With an efficiently designed, mobile-friendly website, you can use Google’s algorithms to help your firm enjoy better online visibility and search-driven traffic. Other tools like Maps, AdWords, and YouTube can allow you to expand your reach even further.

To learn more about comprehensive marketing packages for your firm, contact OVC, INC. today. Since 2008, we have been providing state-of-the-art marketing services to lawyers across the country. We will work with you to develop a strategy that meets your needs while making the most of the tools that Google and other platforms offer. Call 630-635-8000 to speak with a member of our team.