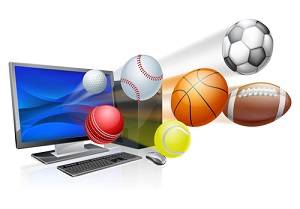 Within days, DraftKings and FanDuel, the two largest online daily fantasy sports centers, filed similar lawsuits against the Attorney General, claiming that the law permits games that reward a participant for skill and performance. Both companies maintain that, while the games use on-the-field statistics, the real measure of a participant’s success is how well he or she can select a team, using analytical skills and knowledge of the sport. Neither company has stopped offering their games in Illinois as the battle continues.

There has not been a ruling on the motion in either case, but each has been placed on a fast-track toward a trial. The Attorney General’s office has agreed to an expedited court schedule, a decision with which both DraftKings and FanDuel are on board. Barring a dismissal in the meantime, both cases could see bench trials getting underway as early as June in two separate parts of the state. DraftKings filed its lawsuit in Cook County Circuit Court while FanDuel chose Sangamon County, which means Chicago and Springfield, respectively, will be focal points regarding the issue in just a few months.

At OVC, INC., we work hard to remain aware of various concerns that can affect lawyers and law offices around the country and right here at home. As you look for a marketing partner and a team to help your firm expand and reach new clients, consider one who shares your values. Our marketing professionals understand how to assist you in reaching your goals with state-of-art products and tools, backed by world-class customer service. Call 630-835-8000 to learn more about what we can do for your firm.