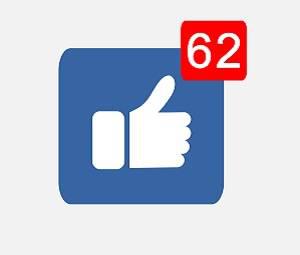 Last week, the city of Chicago welcomed home the world champion Chicago Cubs. According to official estimates, approximately five million people took to the streets of the Windy City to celebrate with the team, making it the seventh largest gathering in human history and the largest ever on American soil. Imagine being able to reach a significant percentage of those five million people with a message about your firm and how you may be able to help them. Sounds pretty incredible but completely impossible, right?

Now take that five million and multiply it by 360. The result is 1.8 billion. That is how many people worldwide use Facebook—360 times more people that those who attended the Cubs’ victory celebration. Believe it or not, today’s digital technology offers you the ability to reach an increasingly large portion of those users with the right approach and guidance from marketing professionals.

Last week, Facebook CEO Mark Zuckerberg released the company’s third quarter report, and the numbers look very good. Facebook now boasts nearly 1.8 billion monthly users around the world, with nearly two-thirds (1.2 billion) of them using the site every day. The social network reported revenues of $7.01 billion, of which an estimated $2.4 billion is profit, significant exceeding analysts’ forecasts. A substantial portion of Facebook’s revenue is attributed to mobile-oriented advertisements, once again demonstrating the evolving way in which users stay connected while on the go.

Both during his earnings conference call with the media and in a Facebook post of his own, Zuckerberg pointed to the success of video options that the social media giant has made available. He talked about the increase in Live on Facebook users and the hundred million users who use Instagram Stories on the Facebook-owned photo sharing network. “People are creating and sharing more video than ever, so we’re building new tools to make it easier to express yourself in creative ways,” Zuckerberg posted last Wednesday.

While Facebook officials continue to bristle at the idea that it is a media company—Facebook claims to be a technology company—there has never been a faster method for reaching more potential customers. With a sound, organized social media marketing strategy, you can build your company’s image and participate in the discussions that are relevant to your industry, your life, and your community. Your marketing efforts may include professionally produced videos, candid Live on Facebook streams, shared success stories, community involvement, photos from your office, and much more. In a matter of moments, your brand can be seen by thousands, if not tens of thousands of prospective customers in your local region, across the state, and around the world.

Developing and maintaining a strong social media presence are an important part of marketing in today’s connected world, and we at OVC, INC. are equipped to help you do both. Contact our office to learn more about putting the power of social media behind your company’s marketing efforts. Call 630-635-8000 and speak with a member of our team today.