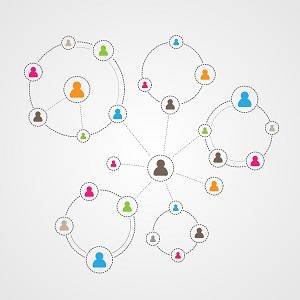 In a given month, Facebook boasts some 1.5 billion active users. This means that if Facebook was an independent country, it would be the most populated nation on the planet. Not too bad for a single website—especially when you consider that, in terms of actual age, the site would not even be old enough to create a Facebook account if it was a separate user.

As Facebook celebrates the 12th anniversary of its initial launch, the site’s team took a reimagined look at Dr. Milgram’s theory as it applies to the social network. According their findings, any two users on Facebook are separated by an average of 3.57 degrees, down from about 3.74 degrees of separation just two years ago, on the site’s 10th birthday.

One of the major contributors the ever-decreasing distance between social media users is a category of individuals known as “super-connectors.” We all know them, even if we did not realize that is they are. These are the users with whom you may be casual friends, but their networks and social circles extend to thousands of others with very separate interests from all walks of life. The person on Facebook that seems to know everyone in town? He or she is the super-connector that tightens the social network.

To make the most of social media use for your company, it is useful to know a handful of super-connectors. They can help amplify your efforts in developing and maintaining a strong online reputation. A super-connector—especially one who is familiar with your business, or, better yet, a satisfied client—can also help you grow your own list of followers, as many such users tend to have a strong influence on their friends and acquaintances.

When utilized properly, Facebook and other social media outlets can provide your company with the edge you need to succeed. To learn more about developing a comprehensive social media strategy to complement your other marketing efforts, contact OVC, INC. Our experienced professionals will help you build a customized plan to harness the power of social media in reaching prospective clients. Call 630-635-8000 to speak with a member of our team today.