Top Google Searches in 2016 Focus on Music, Money, and Disasters 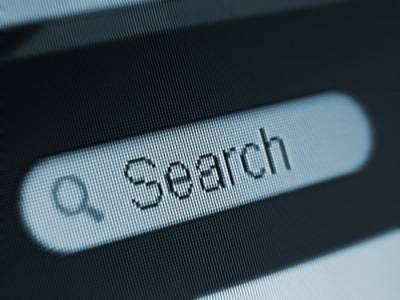 When you have a question about something—a current event, an actor in a particular movie, or the artist who wrote the song you just heard—where do you turn? While some people may be perfectly willing to discuss the question with friends until a consensus is reached, most are much more likely to pull out a cell phone and conduct a quick web search. Based on current numbers, a vast majority of these searches will be done through Google.

Did you know that, on average, Google’s search engine handles more than 40,000 queries every second? That equates to 3.5 billion searches every single day or about one search for every two people on the planet. Over the course of one year, users conduct an astounding 1.2 trillion searches, and Google’s servers keep track of each and every one. The data is very important in improving the search engine’s algorithms and providing better results for future searches. It also, however, provides a glimpse into what people worldwide wanted to learn about in a given period. The internet giant recently released its most popular search terms of 2016, and the results are interesting, to say the least.

What Did Users Want to Know?

Every four years, the American presidential election and the Olympic summer games take place within the same 12 months. While these events created popular search topics, others were even more popular. For general searches, “Powerball” was the top search in 2016, followed by “Prince,” “Hurricane Matthew,” “Pokémon Go,” and “Slither.io,” a popular browser-based game. The Olympics took the sixth spot, and “David Bowie” was seventh, followed by “Trump,” “Election,” and “Hillary Clinton.”

The election did take precedence among searches related to individual people, not including 2016 deaths, as Donald Trump claimed the top spot with Hillary Clinton next. Olympic hero Michael Phelps was third, followed by Bernie Sanders and Steven Avery of Making a Murderer fame. News-related searches trended toward the Olympics and the presidential election, of course, but also included queries about the Orlando nightclub shooting and “Brexit”—the United Kingdom’s pending departure from the European Union.

Looking Ahead at Your Firm’s Future

Lists such as these provide a snapshot of global interests covering a finite period of time. Next year’s lists promise to be very different, but Google continues to connect users with questions to the answers they need.

At OVC, INC., we understand the importance of optimizing your firm’s website so that prospective clients can find you when conducting a quick Google search. We have the tools and experience to help you stand out from the competition and to grow your business like never before. To learn more about how search engine optimization could benefit you, contact our offices. Call 630-635-8000 to speak with a member of our team today.