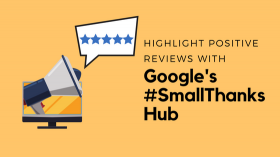 In today’s highly competitive online landscape, businesses need to do everything they can to stand out. More people than ever are using Google and other search engines to find local businesses, and the information that is displayed in search results is a major factor that influences people’s decisions. Of the different types of information that can be displayed in search results, online reviews are often among the most important.

According to Google, 71% of consumers say they are more likely to do business with a company if it has positive reviews, and businesses which have positive reviews have 360% more clicks to their site from their business listings. As part of its efforts to help small businesses get the most out of Google, the company has created a new tool that businesses can use to generate free marketing materials.

With Google’s #SmallThanks Hub, any business which has a verified Google listing can create marketing materials which highlight their positive reviews and encourage people to review them on Google. The tool automatically generates images that include quotes from positive reviews or a message encouraging customers to show their support by leaving a review or sharing a photo.

If you have spent any time at all on the internet in recent years, you are probably familiar with at least some of the major social media outlets. Facebook, of course, has the largest user base and is constantly making headlines for its financial success as well as innovations available to users on the platform itself. Beyond that, you have likely heard of other social networks and apps, including Twitter, LinkedIn, Instagram, Snapchat, and Google+, but may not understand how the pieces of the marketing puzzle fit together. In order to make the most of the opportunities offered by social media, it is important to recognize how each network can be used to help you reach your company’s specific objectives.

Among the Best in the Business

Business Insider recently shared the story of a young marketing director who has been a driving force behind Apple’s new customer service social media account. Apple launched @AppleSupport on Twitter earlier this year and brought 22-year old Tai Tran on board to run it. In just a few short months, the account has already attracted more than a quarter of a million followers. For his part, Tran has been recognized by Forbes on its 2016 30 Under 30 list. He also teaches undergraduate marketing courses at UC Berkeley, sharing much of his course material via his LinkedIn account.

Google Has the Legal Industry Covered: Flagging Inappropriate Reviews on Google To Protect Your Online Reputation 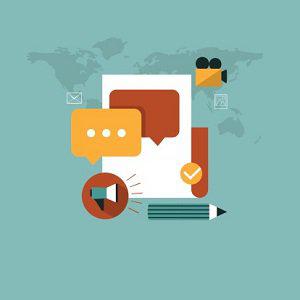 A well-maintained social media campaign should invite client related reviews to your site, but what happens when you feel a recent review could prove damaging to your online reputation and quite honestly you find yourself strongly disagreeing with the content finding it’s home on one of your Google marketing platforms?

As a leader in the industry Google presents options for such products as Google+, YouTube, and Blogger to post and share personalized content but due to the massive uploading of online submissions, Google does not involve itself in the prescreening of content but relies heavily on it’s users to monitor and flag any material deemed inappropriate.

To thwart this type of situation it is important for members of the legal community to delegate systematic monitoring of all social media content either by a designated staff member or an experienced online marketing firm. Words cut deep and while Google provides policies and procedures to review damaging content the tarnishing of your online reputation may have already occurred. 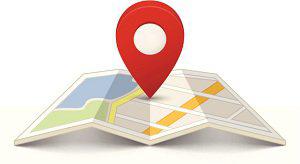 If you think about it for a moment or two, it is bit of an odd name. With projected growth estimated at 19.92 percent for 2014, this global marketing leader has managed to formidably scribe it’s name into our business vocabulary of today.

The evolution of Google and social media has provided the legal industry with new terms and technology for building successful global, national and/or local marketing campaigns. So how can attorneys increase their online presence in their own backyards to successfully farm local prospective clients?

Google has it Covered...