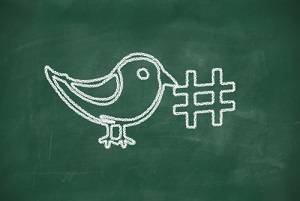 When the Google-Twitter cooperative first started, the indexed tweets were only being displayed in Google searches made on mobile devices. While mobile searches certainly comprise a significant percentage of all Google queries, millions per day are still performed on desktops and laptops. In August, Google announced that the indexed tweets would display in desktop search results as well, creating additional exposure for individuals and businesses using Twitter. The search engine giant also indicated that the process would be ongoing and that relevancy and rankings were expected to improve in the months ahead.

Of course, the biggest struggle with starting a cooperative effort such as this is how behind-the-scenes, automated decisions are made regarding which tweets and accounts to index. Experts suggest that, in the early stages, Google was primarily indexing tweets from the most active, most influential accounts. On the other hand, those with less influence and visibility were the ones most in need of the Google boost. As less influential users and companies struggle to reach that level, the indexing of more popular accounts has created an ongoing cycle of the “rich getting richer.”

As we move forward into 2016, Google and Twitter will continue to make adjustments to their partnership, hopefully expanding the social media outlet’s potential. In the meantime, if you or your company is on Twitter, you can improve your visibility by connecting with other users, contributing to relevant conversations, and remaining active without incessant advertising.

For more information on creating a comprehensive a social media campaign for you firm, contact OVC, INC. We have been providing state-of-the-art marketing solutions for attorneys and law firms around the country since 2008. Our team of professionals can help you develop a strategy to increase your firm’s online presence through mobile-friendly websites, active social media use, and much more. Call 630-635-8000 today for a complimentary site analysis.