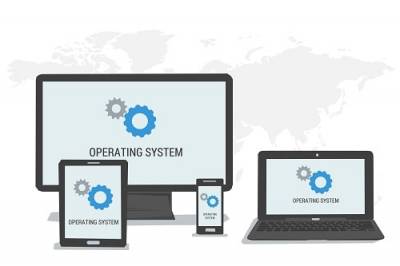 For many years, Microsoft Windows was—and still is—the most popular OS in the world for desktop and laptop computers. While Macintosh computers are powered by Apple’s proprietary macOS—the current version is simply called OS X—countless brands of home and business computers run various versions of Windows as their operating system. Other operating systems like Linux and UNIX exist but are not nearly as popular. Google’s version of a computer operating system is called Chrome OS and is used to power its own Chromebook computers.

The Shift to Mobile

The situation began to change, however, with the proliferation of mobile technology in the last two decades. Apple launched the first iPhone in the summer of 2007 powered by the initial version of iOS—a groundbreaking mobile operating system. Google launched Android 1.0 in September of the following year. Just as with desktop computers, Apple’s mobile OS was and is only available on its own line of products, including iPhones and iPads. Android, on the other hand, was and is licensed for use in a wide variety of devices created by numerous companies around the world.

In March 2017, data collected by StatCounter found that Android now powers 37.93 percent of the world’s devices connected to the internet while Windows powers 37.91 percent. Apple’s iOS and OS X are a distant third and fourth, respectively. Perhaps the biggest factor in Windows’ slip to number two is Microsoft’s failure to gain traction in the mobile industry. Its Windows-powered entries into the sector have largely fallen flat, and currently claim about 1 percent of smartphones compared to Android’s 71 percent.

Get Help With Mobile-Friendly Marketing

The shift by internet users to smartphones and tablets means that businesses must adapt their marketing strategies accordingly. Mobile-friendly websites and marketing campaigns are more flexible and designed to reach mobile internet users wherever they may be. To learn more about increasing your site’s mobile-friendliness, contact OVC, INC. Our professional team has been providing cutting-edge marketing services to attorneys since 2008, and we are ready to help you. Call 630-635-8000 for a free site analysis today.