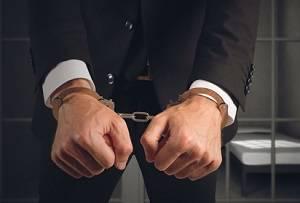 While many may believe that there is no such thing as bad publicity, a scandal can certainly be damaging to a professional reputation, as a tongue-in-cheek character has recently discovered. Once the playful alter-ego of a high-profile personal injury lawyer, “Excuseman” is now facing three dozen charges related to theft, forgery, and misappropriation of property.

Excuseman is a superhero parody who has made his way into YouTube videos, comics, and even a self-published book, offering outlandish excuses for poor behavior and, essentially, mocking personal injury defendants. The costumed character was created by a Chicago attorney whose practice focused on pursuing financial recovery for injured accident victims. The 61-year-old lawyer even dressed as Excuseman, donning the blue and orange body suit and cape with the letters “XQ” emblazoned across his chest, riding a Segway and taking to task those who “mess up and don’t fess up.”

But now, Excuseman may need to heed his own advice. Earlier this month, the man was indicted by Cook County prosecutors on 36 felony counts related to alleged thefts from at least 10 separate victims. According to reports, he has not been practicing law in Illinois since he his license was suspended in 2013, when he moved to California to avoid disciplinary action. He was formally disbarred last year, while investigations into his activities continued.

Prosecutors and alleged victims maintain that the disgraced attorney was siphoning funds from personal injury settlements, both to pay for the promotion of the Excuseman character and to reimburse previous clients from whom he had “borrowed” settlement money in a Ponzi-style scheme. Several of the alleged victims have also said that they were never even notified their cases had settled until the authorities contacted them during the investigation. As a result, the alleged victims claim, they were forced to make significant lifestyle changes, sell real estate, and even postpone retirement.

A poor reputation can be devastating to any attorney’s practice, even if the image is not founded in truth. While you may never face criminal charges like Excuseman, negative reviews on Google or Yelp can quickly damage your ability to attract new clients, regardless of your legal skills and record for success. Repairing your reputation and restoring your good name can be difficult, but it is possible, and we are equipped to help.

At OVC, INC., we have been providing custom marketing services to attorneys nationwide since 2008, including reputation management. We understand what it takes to protect your online image and to increase client conversion. To learn more, call 630-635-8000 and speak with a member of our team about the ways we can help your firm grow.