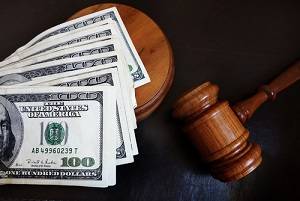 As with most professions, an attorney’s reputation is one of his or her most important assets. Training, education, experience, and skill, obviously, are vital to a lawyer’s long-term success, but a poor reputation can impact his or her ability to reach new clients and grow the business. There is little question that the internet has changed the way that people share information, and online reviews can have a major impact on the way the public views you as an individual as well as your law firm as a whole.

You probably realize that that you will never be able to completely satisfy every single client that walks through your door. Despite your best intentions—and, no doubt, your most sincere efforts—the legal world is often unpredictable and, occasionally, a client will be upset by the outcome or some other element of a case. If that client were to leave a negative review on Yelp or Google, your available options may be somewhat limited. A reputation management service, like that offered by OVC, INC., can help you mitigate the review’s impact, but even a disgruntled client is entitled to an opinion—unless the review contains false allegations. Then, as at least one case from Florida demonstrates, the situation may be significantly more noteworthy.

Earlier this month, the Fourth District Court of Appeal in Florida upheld a punitive award of $350,000 against an attorney’s former client over online reviews which contained, in the trial court’s opinion, defamatory statements and allegations that were shown to be false. In addition to expressing her dissatisfaction, which probably would not have been actionable, the client—along with her ex-spouse, oddly, the other party to the original proceeding for which the client hired the attorney—accused the attorney of altering her fee schedule without notice and intentionally dragging on the case to increase fees.

The client’s defense was, as you might expect, that the reviews were simply opinions, and therefore protected by First Amendment guarantees of free speech. The appellate court disagreed, finding that the reviews contained factual allegations of a falsified contract, which the evidence proved to be untrue. Thus, the appeals court found that the trial court was correct in awarding punitive damages to the attorney, as the reviews constituted libel.

Of course, not every online review will need to be addressed in a courtroom dispute, but it is extremely important to be aware of what your current and former clients are saying about you. Contact OVC, INC. today to learn more about our available online reputation management packages. By staying vigilant, we can you help identify growing issues before they become full-blown problems, allowing you to keep your well-earned good name intact.