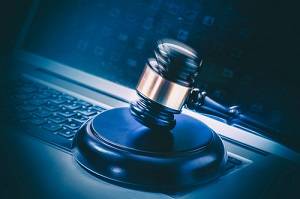 Building a strong professional image takes years, if not decades, of tireless work and meticulous attention to detail. While you cannot control every aspect of the industry in which you work or the customer base that you serve, you do have authority over how and where your name and identity may be used, especially as it relates to commercial gain. When another company benefits financially from your professional identity without your permission, there is certainly cause for concern.

This is exactly what has led a Chicago attorney to file a class action lawsuit against Avvo, an Internet legal directory that allows would-be clients to search for lawyers by geographic and practice areas. According to reports, the lawsuit attacks the Seattle-based company on the grounds that it creates profit by using the professional information of attorneys and law firms without their consent as a method of enticing them to pay for higher visibility and rankings. The attorney in question has never been a paying customer of Avvo, but has been listed on the site for some time, as the site utilizes public records, including bar admissions and other court and regulatory documents to build listings for as many attorneys as possible in a given area.

Avvo charges neither the attorneys for being listed, at the most basic level, nor prospective clients for use the search functionality. Its income is generated by firms who pay for “sponsored listings,” which place their information alongside—preferentially presented, of course—that of non-paying attorneys. Thus, Avvo’s paying customers are provided highly-visible space directly on the same pages of attorneys who have not paid. Avvo offers an option—at a price—to prevent competitor information from being displayed on the same page, all of which the suit alleges to be a violation of the Illinois Right of Publicity Act.

In Illinois, it is against the law for a person or entity to use another’s “identity for commercial purposes during [his or her] lifetime without having obtained previous written consent.” The law states that an offending party may be liable for actual damages, the profits derived from the use, or both, or minimum damages of $1,000 per incident, whichever is greater. Punitive damages may also be awarded, which the attorney is seeking in the Avvo case.

Thus far, Avvo has not issued any public comments in regard to the suit. The company, however, is no stranger to litigation, having faced a legal battle in 2007 over its rating system and again in 2010 over "coercive and manipulative business practices." Both of those suits were eventually dismissed with no finding of wrongdoing by the company. The current Chicago case, though, is the first to allege violated rights of publicity, and a verdict in favor of the claimants could mean massive changes in Avvo's future.

Any issues related to the commercial use by others of your name and professional identity can cause your firm countless problems and can even confuse your existing clients. Contact OVC, INC., today for a free, no-obligation consultation to discuss your marketing plans for the future. Call 630-635-8000 and get the answers you need to your questions about growing your business and increasing online visibility.