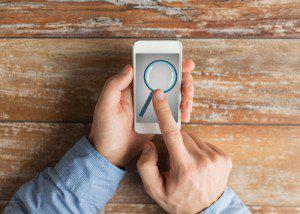 In 1820, English author Charles Caleb Colton declared in his work Lacon: or Many Things in Few Words, “Imitation is the sincerest form of flattery.” George Bernard Shaw has been credited with taking that thought a step further by positing, “Imitation is not just the sincerest from of flattery—it’s the sincerest form of learning.” Whether or not these aphorisms are completely true, there is little question that, in today’s world, an idea with merit will quickly be imitated and incorporated into the products of many individuals and companies. Such is the case with Google’s algorithm update last month, aimed at rewarding mobile-friendly websites and essentially punishing those sites not optimized for mobile use. Last week, Microsoft announced that its flagship search engine, Bing, will be making similar changes to its search algorithm in the near future.

Over the last few months, much has been written in the tech community and in marketing circles about the impact that the change to Google’s search algorithm would have on the online world. The web giant was simply responding to current internet use trends which now show that in at least ten countries, including the United States and Japan, more Google searches are now being conducted on mobile devices than on desktop or laptop computers. As a result, Google sought to reward mobile-friendly sites with higher search rankings, while dropping non-mobile-friendly sites to a degree. The expectations for the change were so large that commentators and bloggers began using words like “mobilegeddon” to describe its possible effects.

According to several outlets, including a post on Bing’s blog, Microsoft has announced that the search engine is set to take a more low-key approach to an upcoming algorithm change. When displaying search results, Bing already identifies sites which are mobile-optimized, but soon will be expanding the impact that mobile-friendliness has on a site’s search ranking.

Unlike Google, however, Bing is insisting that the convenience of use on a mobile device will remain only part of the overall equation. Non-optimized sites will not be penalized by the new algorithm, Bing says, and users can still expect to find the most relevant results displayed first, even if they are not mobile friendly. “This is a fine balance and getting it right took a few iterations, but we believe we are now close,” wrote Shyam Jayasankar, representing the Bing Mobile Relevance Team. Microsoft has not announced a date for the launch of the new algorithm, only that changes will be rolling out in the coming months.

Bing, like Google, will also be offering tools for web developers to analyze their site's mobile-friendliness. Expected to be available in a few weeks, the analysis tool will help webmasters ensure a site meets Bing’s mobile-friendly requirements, including easy touch-navigation, readability without zooming or horizontal scrolling, content, and pop-up limitations.

If your company’s site has not yet been updated and made mobile-friendly, your online reach is likely suffering. The experienced web design team at OVC, INC. can help you optimize your website and meet the needs of potential clients no matter what platform they are using. Since 2008, we have been providing state-of-the-art marketing solutions to attorneys looking to stand out from the crowd. To find out how we can improve your online visibility, contact our office today.