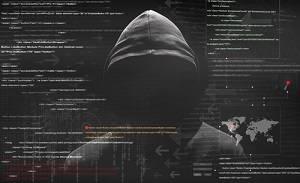 If you are like most Americans, you have come to rely on the internet for a significant portion of your day’s news, information, and entertainment. Your ability to perform your job and promote your company may even be reliant on a global connection. When something happens that disrupts your connection to the digital world, the results can be more than just inconvenient. When something happens that disrupts everyone’s connection, the problems get even bigger.

Early last Friday morning, Americans on the East Coast woke up to find that they could not access popular websites, including Reddit, Twitter, Netflix, PayPal, and even Amazon. Users scrambled to check their internet connection and the status of their service provider, but the problem was not with individual households or broadband services. Instead, experts and government officials believe that the issues were a result of a distributed denial of service (DDoS) attack orchestrated by hackers. There are even indications that similar, smaller-scale attacks using the same malware are continuing to affect seemingly random targets.

Compared to hacking events in the past where online troublemakers took aim at specific websites, taking them offline or causing them to display unintended information, last week’s attacks were something altogether different. The hackers—who have yet to be identified at this point, though signs are pointing away from an organized attack from Russia, as was initially surmised—instead overloaded the DNS servers of Dyn, a company responsible for a large portion of the domain name system (DNS) infrastructure on the internet.

Why the Attack Was Effective

A DNS server is a phone book of sorts for the internet. A website exists on the web at a specific Internet Protocol, or IP, address that is designated by a series of numbers. For example, the IP address for www.google.com is 74.125.138.103, but a user would be hard-pressed to remember those numbers. Instead, the user types in the address in word form which a DNS server then translates into the appropriate numbers and directs the user to the correct site. By attacking the company that provides DNS servers, the hackers left the sites themselves alone and essentially severed the routes to the sites for most users.

The results of this type of attack, therefore, were much more widespread. Throughout the day last Friday, the accessibility issues spread from the East Coast to the American West Coast and eventually into parts of Europe. Taking down individual sites could obviously affect the users of those particular sites, but the DNS attack was frighteningly more efficient, limiting access to thousands of sites for millions of users in just a short time.

Get Answers to Your Site Security Questions

Website security is a concern shared by site owners around the world. That is why it is so important to work with a team that understands how to keep your site safe and running properly. Call OVC, INC., today at 630-635-8000 to learn more about how we can help you protect your online presence.